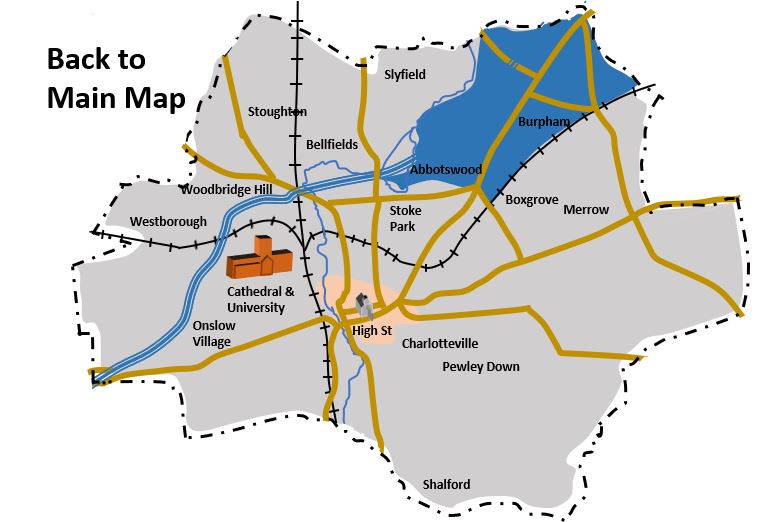 The expansion of Guildford initially reached this area with the creation of Abbotswood, a beautiful Edwardian, Arts and Crafts suburb developed by Alfred G. Taylor, and talented architect, A. Claude Burlingham. The estate became the basis for several more quality developments in north-east Guildford between the two world wars, inclusing Ganghill Estate, and significant parts of Merrow, such as Fairway and three roads off Trodds Lane.

The Burpham housing estate was developed after the Second World War. Burpham takes its name from the manor which dates back to domesday book (1086). It did not ce come a parish until 1854 when St Luke’s Church was built.

Abbotswood-Burpham
Marlyn’s House, Burpham
Posted onDecember 13, 2020July 10, 2021
0
Marlyn’s was threatened with demolition via a planning application that was overturned in 2018. The building has now been locally listed. Marlyn’s and Marlyn’s Cottage are both very old buildings. ...