Charlotteville and Pewley Down Area

The area to the south of the High St is dominated by the North Downs and much more rural than the northern suburbs. The oldest part is Charlotteville created in the 1860s as the first major town suburb. It doubled the size of the town and was apparently one of the earliest planned suburbs in the country. More information can be found on Ian Nicholl’s excellent site which is devoted to the names on the Charlotteville war memorial. Through it you can see where locals who served in both wars lived.

Beyond Charlotteville lies Pewley Down which overlooking the Chantries (owned by the Council). It has excellent views to the south whilst nearby Merrow Downs have equivalent views to London. A thorough and informative article by David Rose celebrates the history of Pewley Down which was saved from development after the First World War when the Friary Brewery Company purchased it and gave it to the town as a memorial to the fallen.

At the very edge of our area are the Chilworth Gunpowder Mills Woodland Walk celebrating one of the oldest and longest running industrial sites in Surrey. The mills were founded under Charles I, attacked during the Civil War and supplied gunpowder right up to the end of the First World War. 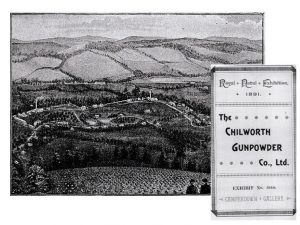 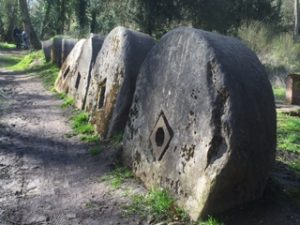