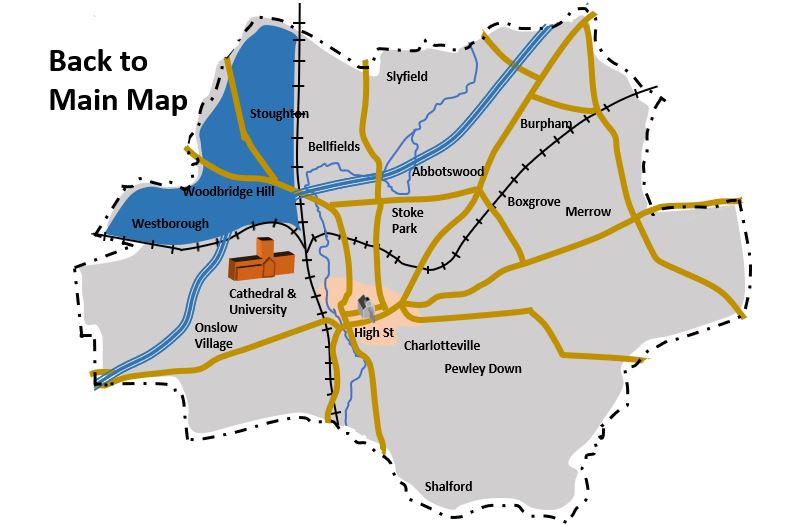 North-west Guildford is most famous former Stoughton barracks (1876) home of the Queens Regiment. It was built as result of the Cardwell reforms (1868-74) which modernised the British army. Flogging and purchase of officer commissions dating back to time of Wellington were abolished. Regiments were reorganised into districts based on counties and populations. The barracks closed in 1959 but the keep remained as a pay office until 1983 when the site was sold for housing.

The rest of this area was rural until the 20th century. An eighteenth century barn in Grange Road was an amazing reminder of earlier times but was sadly demolished