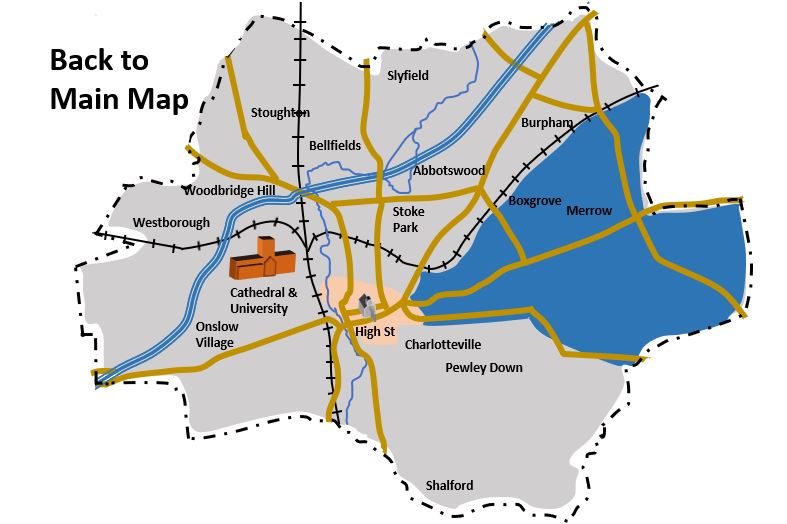 The Epsom Road leads out of Guildford passing Waterden Road developed in the 1850s. It quickly passes across land that was countryside until the late twentieth century. Merrow village stands at the crossroads of the Leatherhead Road and the road to Dorking over Newlands Corner. The 12th century St John’s Church stands on the opposite side of the road to the Horse and Groom ( 17th century). Across the A25 Is Merrow Lane with many older properties that were part of the village that existed until the 1950s when the Bushy Hill Park Council estate was built. On the far side of the roundabout are the original gates to 18th century Clandon House and seat of the Onslows the local aristocracy. The house was burnt to a shell in 2016 and is now undergoing restoration.